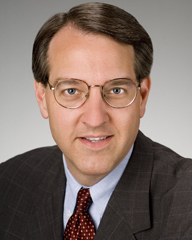 *I was born in Newton County, Indiana. I have lived in Bloomington since 1980.

I received a BA in Telecommunications and Political Science from Indiana University in 1984. In 1987, I graduated from the Indiana University School of Law at Bloomington. I have been admitted to practice law in Indiana, Colorado, Pennsylvania and the District of Columbia.

I was an intern for the U.S. House of Representatives Subcommittee on Telecommunications, Consumer Protection & Finance, and served as a legal clerk for the National Association of Broadcasters.

From 1999 through 2001, Representative I served as Chief of Staff for Congressman Baron Hill (9th District–Indiana). I served as the Principal Clerk of the Indiana House of Representatives from 1996 to 1998. I began working for the Indiana General Assembly in 1988 and have held the positions of Legislative Assistant, Research and Policy Analyst, and both Majority and Minority Attorney.  I first became involved in local government as a consumer watchdog on the Bloomington Telecommunications Council. In 1995, I was elected to represent Bloomington's Third District on the City Council.

I was first elected to the Indiana House of Representatives in 2002.

*For consistency purposes, this candidate biography has been edited into first-person