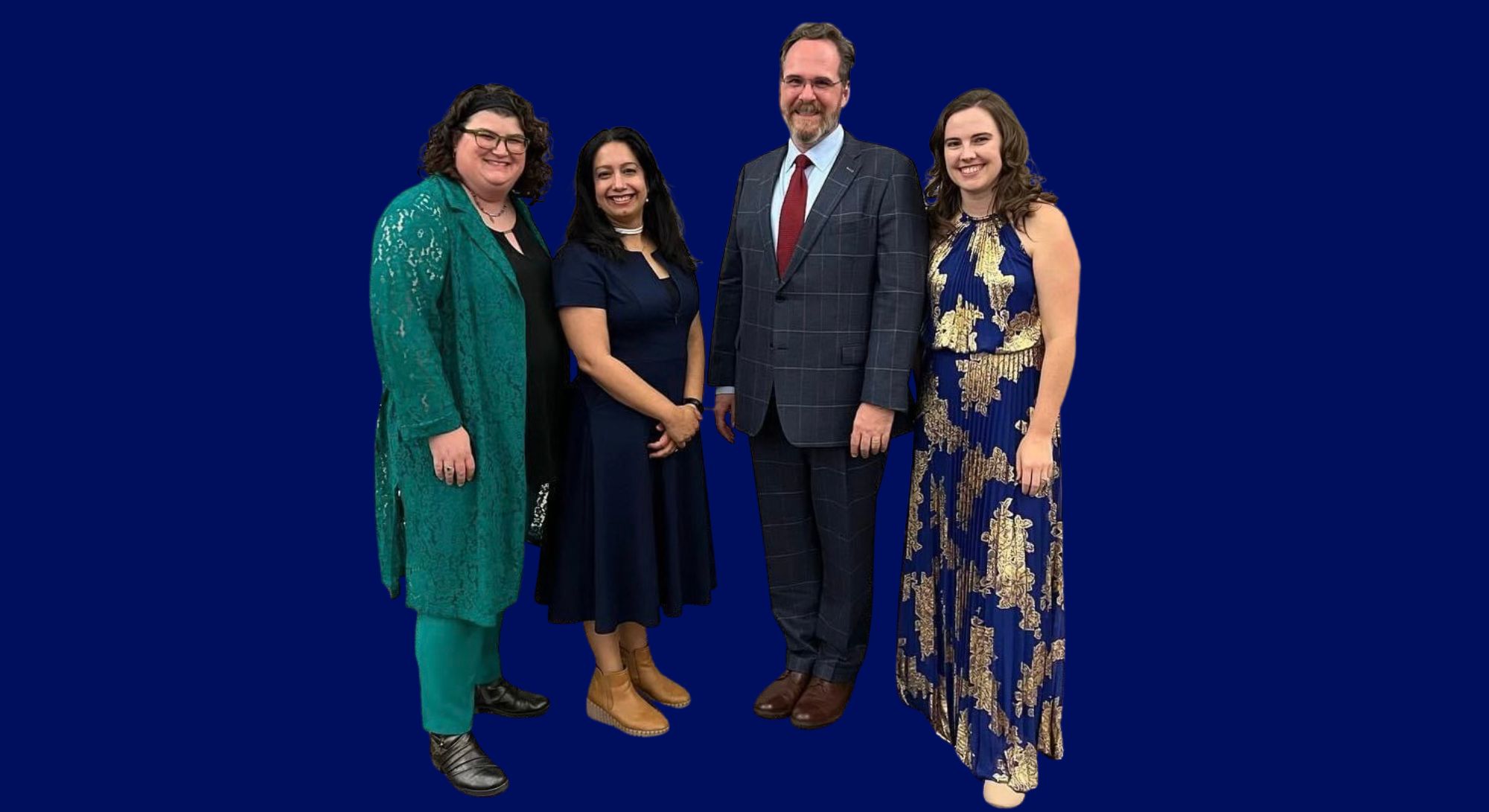 David was elected Chair of the MCDP in January, 2022 having served as acting Chair since December, 2021. David moved to Bloomington in 2002 to earn his MPA from the IU O'Neill School of Public and Environmental Affairs. A policy wonk and government project management consultant, David worked in public safety and security policy at the National Governors Association in Washington, DC before "Bloomeranging" back to Bloomington in 2013. David is also on the teaching faculty of the O'Neill School. Professionally, David has served on advisory boards with FEMA and the National Academies of Science among others.

A past MCDP Vice Chair, David was a delegate to the state democratic party convention in 2020 and 2022. He was active in the Indivisible movement from 2016, serving on the leadership for Indivisible Bloomington/9th District, and was on the endorsement committee for Democracy for Monroe County in 2018 and 2019. David is a member of Bloomington Sunrise Rotary where he is service chair, and has served on the Monroe County Affordable Housing Advisory Commission and on the state Executive Board of Sierra Club Hoosier Chapter.

Born in Appalachia outside of Pittsburgh, and raised in the Cleveland Rust Belt with stints in Washington, DC, David lives in Van Buren Township with his wife and three kids. Ask David about his years singing in choruses at the Kennedy Center in Washington, preferably in the Key of D.

Shruti Rana is a progressive activist and lawyer, specializing in international law and human rights, and is also an IU professor and senior assistant dean.

Rana is the Democratic representative to the Monroe County Election Board, a board member for All-Options, a founding member and co-chair of the Indiana Chapter of NAPAWF (National Asian Pacific American Women’s Forum), and Vice President of Monroe County NOW.

Before moving to Bloomington, Rana worked at the United Nations in the Division for the Advancement of Women. She has also previously served as Social Media Chair for the Indiana Chapter of South Asians for Biden and as an Indiana Delegate to the Democratic National Convention, as well as a member of the City of Bloomington Board of Public Safety and Commission on the Status of Women. In 2021, she was selected for Hoosier Women Forward, the Indiana Democratic Party women’s leadership training program.

Ashley Pirani was born and raised in Mishawaka, IN, but has called Bloomington home for the past 15 years. She lives here with her husband, and two children. She currently works as an independent insurance advisor and operations manager at Shine Insurance. In her day job, she strives to make insurance simple for her clients.Ashley became politically involved in 2016. When the election results rolled in, she was a founding member of the revived National Organization for Women (NOW) Chapter in Monroe County.

Ashley served as President for two years, while also taking on leadership positions at the state and national levels of NOW. A past candidate for County Council in District 3, Ashley has also worked on several campaigns to help women get elected to office and serves on the Training Committee for the Democratic Women’s Caucus.

A Board member of Beacon, Inc. since 2019, she served as Co-Chair of the Development Committee for the last two years. When not engaged in politics or service, you can find Ashley taking a hike with her family, reading a book, buying copious amounts of antiques, or taking up a baseball game. Ask Ashley about her four cats and chinchilla!

Karen Wrenbeck was elected Party Treasurer in 2022. Karen leads the party's fiscal compliance, account management, and fundraising for the Monroe County Democratic Party. Karen is a Deputy Public Defender in Monroe County. As a public defender, Karen has represented thousands of indigent clients in many different criminal and civil case types. She was a team member of the Mental Health Court for two years. Since 2017, Karen has trained and supervised over 45 interns working at the Public Defender’s Office. In 2021, she formed a new partnership between the Public Defender’s Office and the IU School of Social Work to have their students working alongside our attorneys to help our clients.

A native of Livonia, Michigan, Karen is a graduate of the University of Michigan, with a BS double major in French & Francophone Studies and Brain, Behavior, & Cognitive Science. As an undergraduate student, she volunteered and eventually helped lead an organization called the Detroit Partnership, which took University of Michigan students to volunteer in low-income communities in the city of Detroit. She is a graduate of the Maurer School of Law at Indiana University.