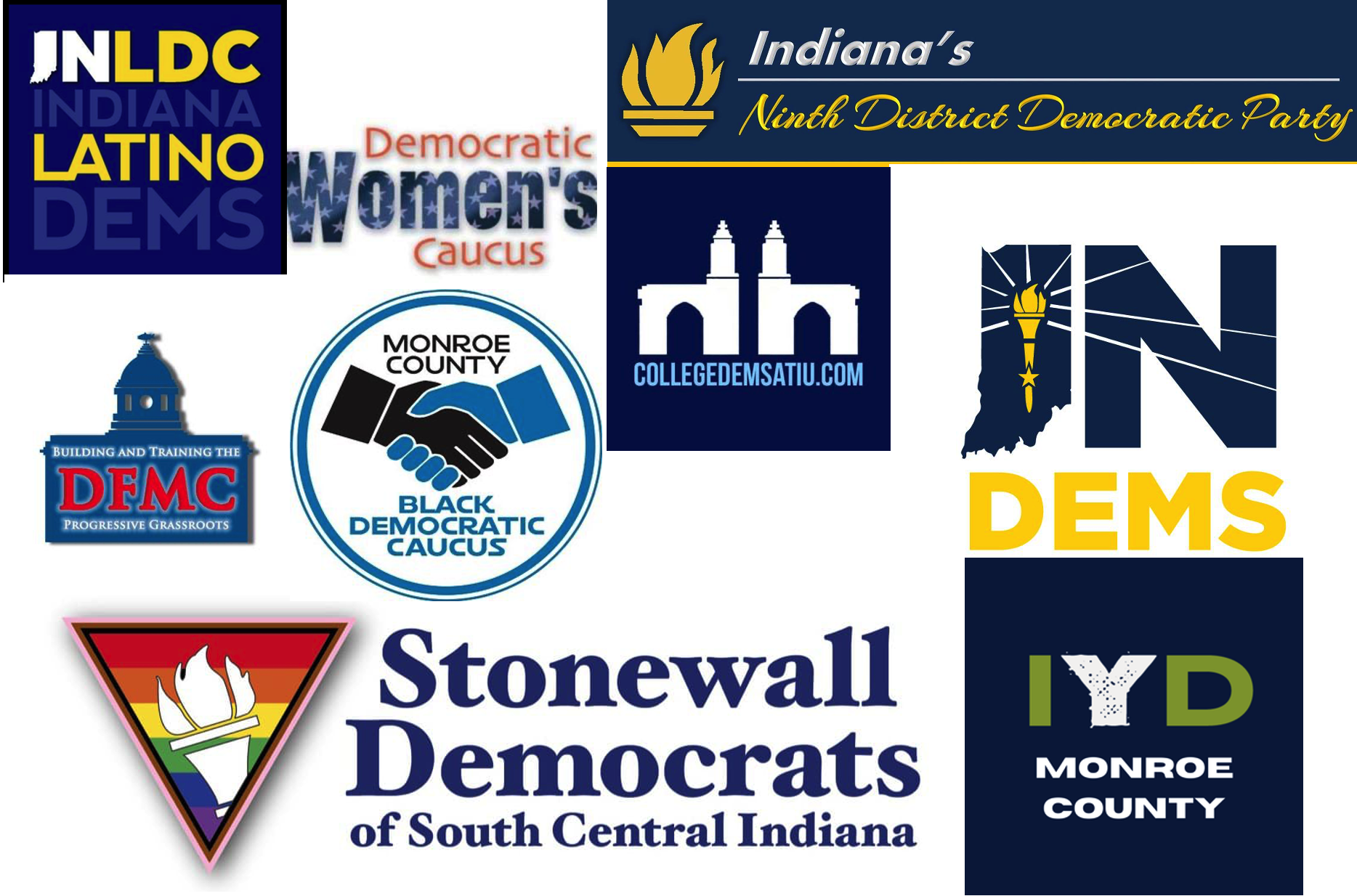 The Democratic Women's Caucus Mission: To fund, inspire, recruit, support, and train progressive women to increase the numbers of women in the electoral process and in elected and appointed positions. The Democratic Women's Caucus meets on the first Friday of every month at 8:00 for breakfast. All Progressive-minded individuals are welcome to attend.

The INLDC-9th District seeks to encourage and facilitate active participation, of all Latinos living in the 9th District, in democratic processes and activities.

The mission of the INDDC is to advocate for and actively include people with disabilities in the ninth district.

Indiana Young Democrats of Monroe County (IYDMC) is a chapter of the premier youth-led grassroots political organization in the state of Indiana. As the official youth caucus of the Indiana Democratic Party, Indiana Young Democrats (IYD) is a voting member of the Indiana State Central Committee. IYDMC membership dues are $15 annually for and is open to all Indiana Democrats age 14-35. You can submit dues and join the Monroe County chapter at https://secure.actblue.com/donate/iydmc. For more information, please feel free to reach out at [email protected]

The Monroe County Democrats Club MCDC meets on the 3rd Tuesday of every month (except December) from 11:30 a.m. – 1 p.m. Location, speakers, and program subjects vary.