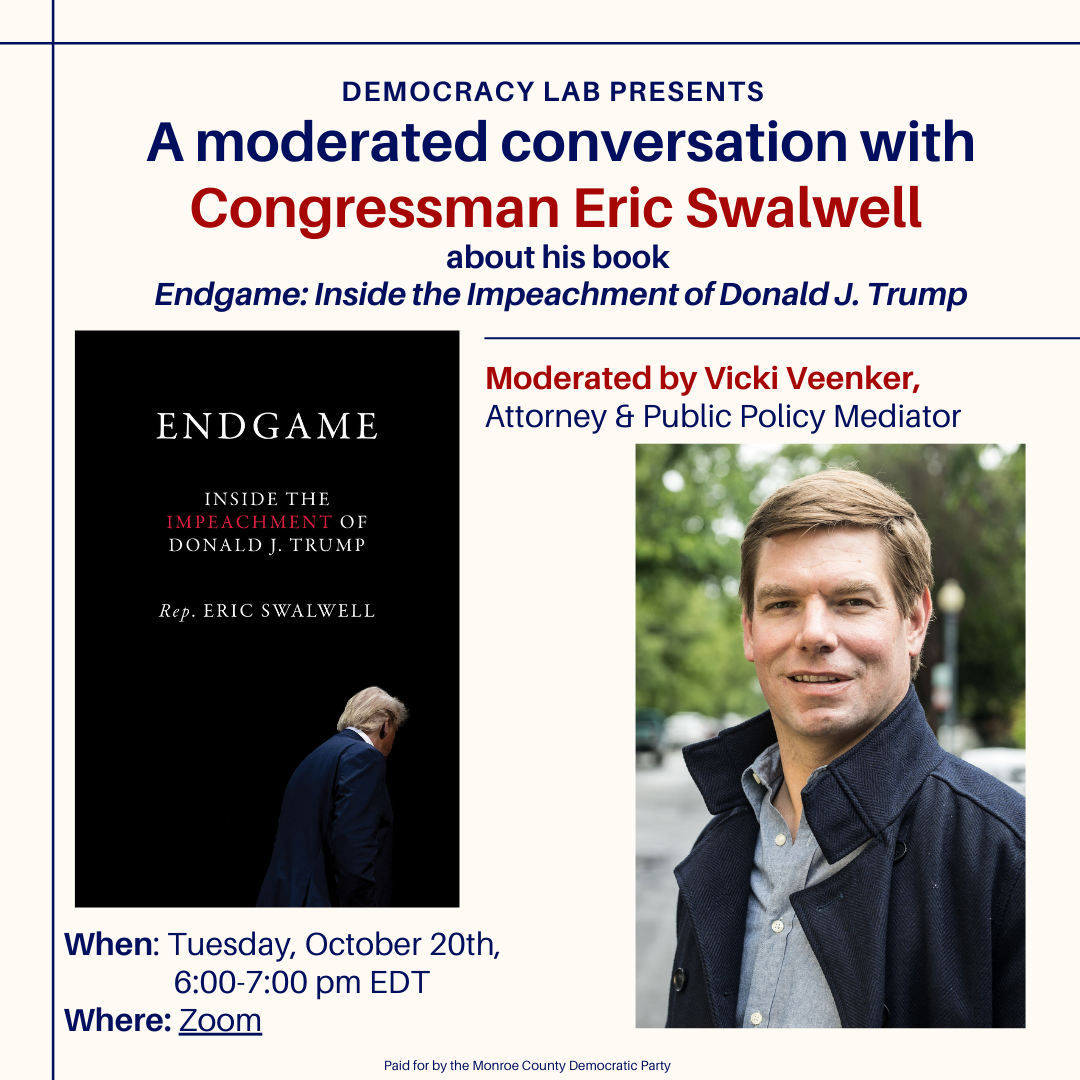 Join Democracy Lab for a very special event with Congressman Eric Swalwell (CA-15) about his new book Endgame: Inside the Impeachment of Donald J. Trump and what it's like to be in Congress during the Trump administration. We will begin with a moderated conversation between Congressman Swalwell and Vicki Veenker, attorney and public policy mediator, and then will take questions from the audience.

More about Endgame:
"In Endgame, Congressman Eric Swalwell offers his personal account of his path to office and how he and his colleagues resisted, investigated, and impeached a corrupt president. After the shock of the 2016 election and Trump’s inauguration (including the luncheon afterward), Swalwell, as a member of the House Permanent Select Committee on Intelligence and the House Judiciary Committee, quickly became involved in pushing back against Trump’s outrageous actions as he sought to get to the bottom of foreign interference in our elections. But Republicans were in control of the investigation, and it became clear that taking back the House was essential.

Swalwell takes readers inside Congress and through the impeachment process, from Trump’s disgraceful phone call with the Ukrainian president, just one day after Robert Mueller testified to Congress, to depositions in the SCIF, from caucus meetings and conversations with the Speaker to the bombshell public hearings and the historic vote, and then what followed next—the holding of the articles, the news of more possible witnesses, and the sham trial in the Senate. Endgame is fascinating, a gripping read by a unique witness to extraordinary events." -Goodreads